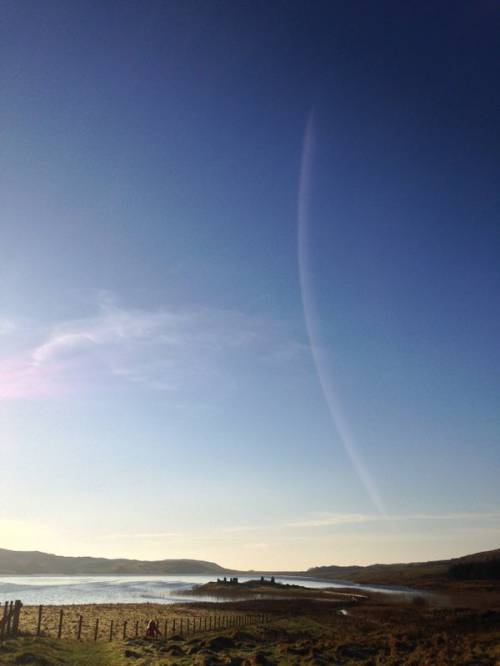 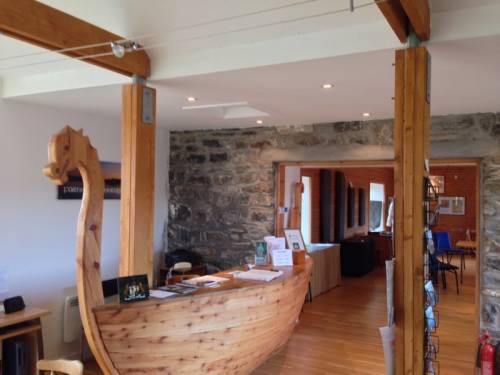 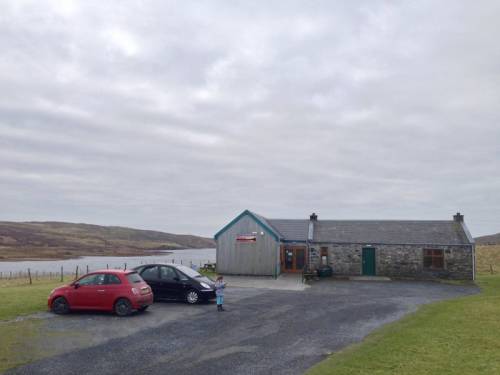 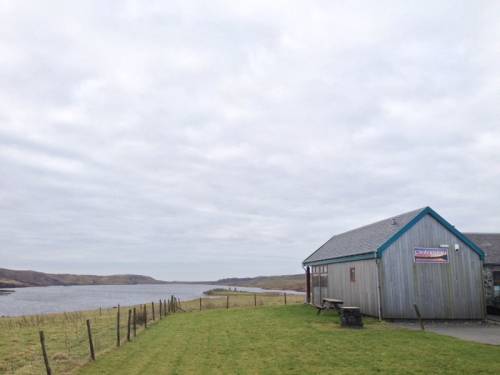 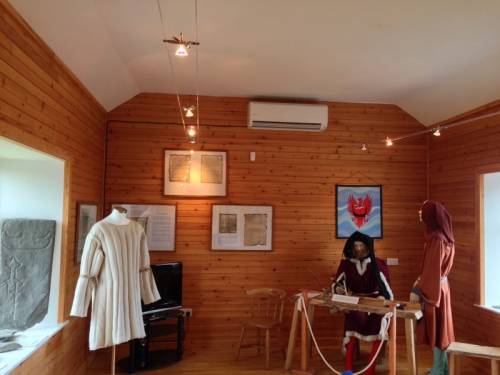 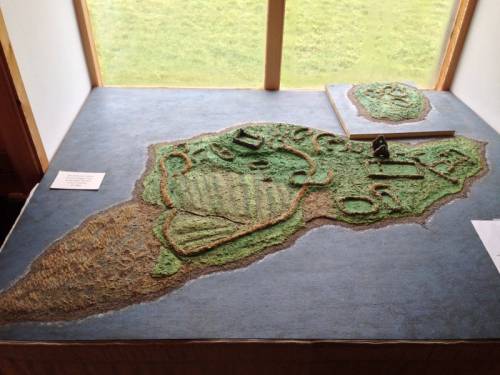 Finlaggan is an island settlement in the secluded Loch Finlaggan in the north-east corner of Islay. It’s an enormously important place in the history of the Highlands and Islands of Scotland. Archaeological excavations have demonstrated that Finlaggan has been occupied since very early times, but it achieved most fame in the 14th and 15th centuries when it formed the administrative centre of the Lordship of the Isles, which ruled the islands and part of the west coast of Scotland, from Kintyre to Lewis, virtually independent of royal control.

There are two islands, the larger, Eilean Mòr, is accessible by a walkway or boat. The path across the island goes over the remains of the 13th-century defences and then through an area of old lazy-beds, probably dating to the 16th century. About 50 metres from the south tip of Eilean Mòr, is the smaller Eilean na Comhairle (Council Island). It was here that the Lords of the Isles built their council house. Eilean na Comhairle was connected to Eilean Mòr by a stone causeway, substantial remains of which can be traced under the surface of the loch.

Opening times at the centre are 10.30am-4.30pm on weekdays and 1.30pm-4.30pm on Sundays from Easter until the end of September, then just on Tuesdays and Fridays and Sundays in October.

Entrance fees are £3 for adults, £2 for pensioners and £1 for children.

Visit Website Enquire Now
Own this buisness? Request an edit