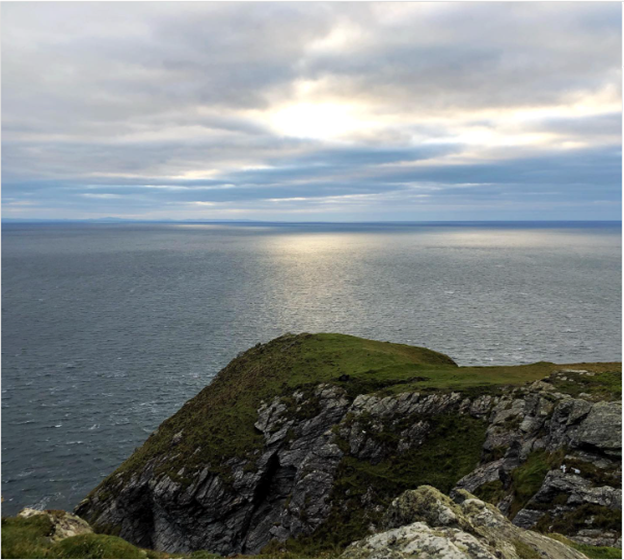 Be our guide – recommended reading for visitors to Islay and Jura

Three must-read books before you visit Islay and Jura, recommended by our guest blogger Roanne Joseph

Travel literature is a popular genre which focuses on giving the reader knowledge of places they have never visited or perhaps intend to visit.

They can be simple guidebooks outlining the best places to sleep, eat, and dance, or perhaps articles such as our ‘History of the Islands’. It might be fiction, something set on an island or in a country that tells a story whilst also building a picture of the place’s culture. It might even be a collection of folk tales and myths intended to add colour to the landscape and a bit of mystery and fun to any impending trip.

Visitors to the islands of Islay and Jura wouldn’t need any colour adding – they’re rich and diverse places to visit with lots to see and do. That’s not to say a few tales and guides won’t be of use, and Jura is a place with a rich literary heritage of its own. George Orwell retreated to Barnhill, a farmhouse on the island, whilst writing Nineteen Eighty-Four, giving the island some prestige among literary circles.

Whilst a dystopian future which feels strangely prophetic might have been created on the island, there are plenty of books which deal with Jura, and indeed Islay, which is not fictional. They’re not simple guidebooks but much richer explorations of these wonderful locations, and if you intended to visit, they’re well worth picking up.

In ‘Love of the Country: A Hebridean Journey’, Madeleine Bunting talks of Orwell, among others. She writes from an outsider’s perspective, a visitor to the islands, looking to enrich the experience of those yet to travel. She has visited multiple times, exploring the landscape and history, and telling the stories she’s learned with panache and imagination.

She makes plenty of references not only to Orwell but also to Samuel Johnson and Martin Martin, past chroniclers of the islands. Her personal narrative helps make the prose feel familiar and introduces the islands in the same manner. Of course, it doesn’t only focus on Jura and Islay, but it is worth picking up for the Orwell tales alone.

A standalone travel guide can often feel a little impersonal and functional, but the Lonely Planet series attempts to negate that stereotype and deliver a colourful but entirely relevant guide to visiting areas. In ‘Lonely Planet Scotland’s Highlands and Islands’, the series touches on the wider Scotland, Jura and Islay included; it’s a vital travel companion that feels less like a guidebook and more like a personal narrative of a visit from trusted guides.

Author Neil Wilson is a well-known whisky writer, and Islay and Jura are whisky haunts for the connoisseur. Like the previous suggestion, the books deal with the wider Scotland experience but still make essential reading for anyone visiting the islands.

The Summer Isles: A Voyage of Inspiration – Philip Marsden

The Summer Isles: A Voyage of Inspiration is not a book you’ll buy to find the best campsites or places to eat on Jura and Islay. It is instead a combination of travel writing, memoir, and cultural analysis of not only the islands but the entire west coast from Cornwall to the Highlands. This is a book for colouring in the lines, filling the area with tales of myth, legend, fact, and reality.

Marsden travelled the coast in an old wooden boat, setting out from his Cornwall home on an odyssey inspired by his late wife, Bridget. It is a beautiful read, boasting layer upon layer of personality, emotion, and vivid description. It is vital reading for anyone travelling to the Inner Hebrides or anyone who wishes to accompany a brilliant writer on a personal and emotive journey in a little wooden boat.